Our landscape—where we were born, where we were raised, where we grew up, and all the memories tied to those places—shape us. And they shape the characters in our stories and the meanings of our poems. It’s through a focused sense of place that we can understand the larger world.
Join Brian Petkash, Nicole Caron, Cooper Levey-Baker, and Gianna Russo at Tombolo Books for a roundtable discussion about place-focused writing. The authors will talk and answer questions about using setting in ways that expand the idea of place in your writing.
Let us know we will see you there! RSVP HERE! 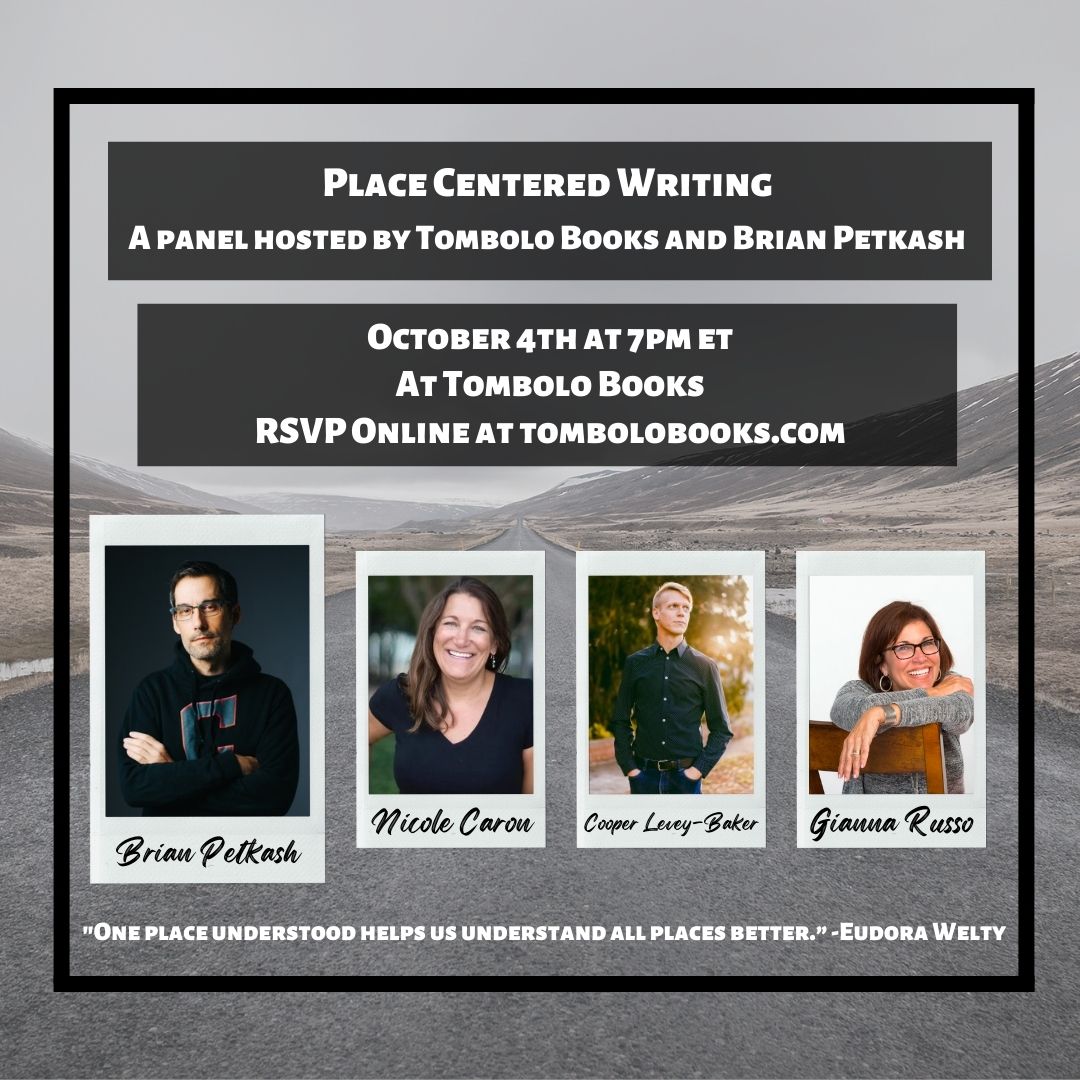 Brian Petkash is the author of Mistakes by the Lake (Madville Publishing) a collection of stories centered around Cleveland, Ohio. His award-winning stories have appeared in Midwestern Gothic and Southword, among other publications.

Nicole Caron’s nonfiction has appeared in numerous trade publications and regional magazines. She is currently at work on a trilogy about a fictional St. Petersburg, Florida family spanning five generations. She is also working on a collection of essays about writers and writing and a collection of tanka (short form Japanese poetry). Nicole lives in St. Petersburg and teaches writing and literature at Ringling College Of Art + Design, where she coordinates the First-Year Writing Program. Learn more at www.nicolecaron.com.

Cooper Levey-Baker is a writer and journalist. His fiction has appeared in the Sierra Nevada Review and Burrow Press's Fantastic Floridas series, and his journalism has won multiple awards from the Florida Magazine Association and the Florida Society of Professional Journalists. His first novel, Dead Fish Wind, was published in January.

Gianna Russo is the inaugural Wordsmith of The City of Tampa and is the author of the poetry collections Moonflower (2011, Kitsune Books), One House Down (2019, Madville Publishing) and, with photographer Jenny Carey, All I See is Your Glinting (2021-22, Madville Publishing). She is also the author of the chapbooks The Companion of Joy (Green Rabbit Press) and, with photographer Lori Ballard, In Late Day Sun. Her poetry has been nominated for the Pushcart Prize and has appeared in Tampa Review, Ekphrasis, Crab Orchard Review, Florida Review, Florida Humanities Council Forum, Karamu, The Bloomsbury Review, The Sun, Poet Lore, The MacGuffin, Calyx and others, in addition to several anthologies.  Her creative non-fiction essays have been published in the Tampa Bay Times (formerly St. Petersburg Times). In her first stab at fiction, she contributed a chapter to the collaborative novel 15 Views of Tampa Bay, published serially on the website of Barrow Street Press.